Call Us Location Menu
WE WANT YOUR CAR!
Sell your car to us today!
3 December 2021

The covers were pulled off this morning at a special event inside the Gen3 Supercars garage in the Mount Panorama pit lane.

The Ford Mustang GT Gen3 Supercar was revealed wearing the iconic Ford Performance Racing livery, cutting a striking figure with the swooping low roof, wide-track and curving hip line that the Mustang is famous for. 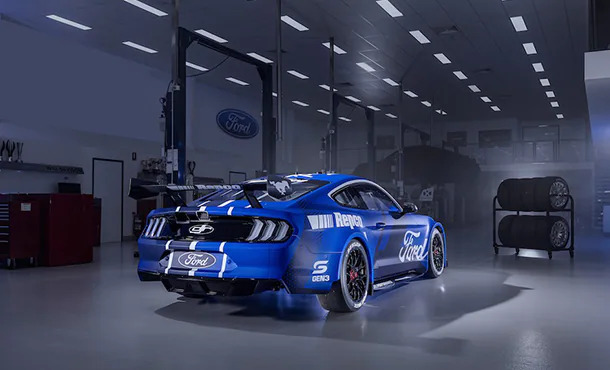 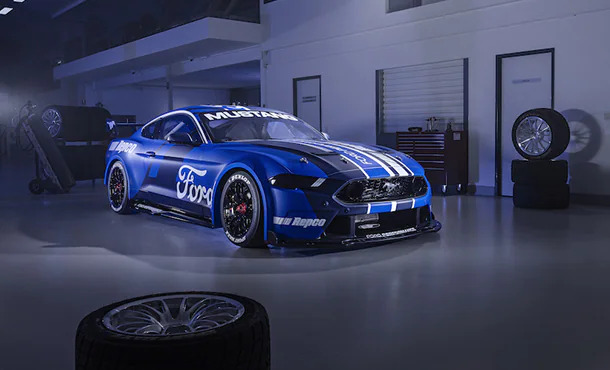 With a production-based 5.4L ‘Coyote’ DOHC V8 engine under the bonnet, the Ford Mustang GT Gen3 Supercar will be the closest to the road-going version that Supercars has seen in nearly 20 years.

Slated for testing throughout 2022, with a racing debut at the first round of the 2023 Repco Supercars Championship season, the goal for Gen3 is to increase relevance to road going product, reduce costs for teams and increase on-track entertainment through reduction of aerodynamic aids to allow for closer racing.

Both the Mustang GT, and the Gen3 Camaro will take to the track this weekend at Mount Panorama in a series of display laps, driven by a host of current Supercars driving talent. “It has been a huge couple of weeks for Ford Australia, with the reveal of the Australian designed and engineered Next-Generation Ranger last week and now this spectacular next-generation Mustang Supercar. We want to make the sport better for the fans, with more relevant cars, and more entertaining racing. Gen3 looks absolutely incredible, sounds even better and I’m sure I’m not alone in saying how much I am looking forward to seeing it on-track this weekend.

“Congratulations to Sean Seamer, Adrian Burgess and their teams in bringing the Gen3 project to this point.”

“There is no question when you look at the Mustang GT Gen3 Supercar that this is a Mustang. It absolutely looks the part, which was focus one for us in the design and development phase for this vehicle,” said Rushbrook.

“The fact that it’s powered by a production-based Ford engine is the icing on the cake. Early indications are that this is going to be a fantastic race car, and we couldn’t be prouder of the work that has been put in by the Dick Johnson Racing team led by Ryan Story, alongside Chief Designer Perry Kapper and Lead Technician Mikey Flynn who have worked incredibly hard in recent months to make the project a reality.”

Supercars Australia CEO Sean Seamer said that Gen3 is the next evolutionary step in the history of Australian motorsport.

“These are incredible looking race cars and it’s an historic occasion to be here today, unveiling them at the foot of Mount Panorama, our spiritual home of racing. Both the Mustang and Camaro give a nod to the Supercar of the past, with as much attention given to the design and appearance of the cars as the new technologies.

“This is the first chapter of our new era that will be cost-effective for our major stakeholders and teams but retain the very core of our success - terrific and exciting Supercar racing, which is what our fans have been asking us for."

“I extend my sincere thanks to Andrew, Mark and the wider Ford team and of course Ryan Story and the Dick Johnson Racing crew for their hard work in building the Mustang. I can’t wait to get these cars on track. Bring on 2023.”

The Repco Bathurst 1000 will be held this weekend, with demonstration laps of the Gen3 Supercars prototypes scheduled across Friday, Saturday and Sunday.

Explore the Mustang and book a test drive at Range Ford 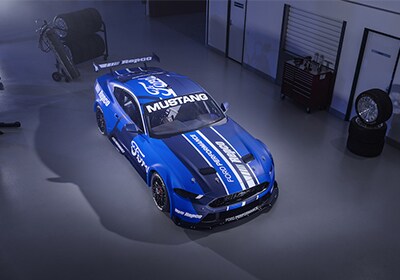 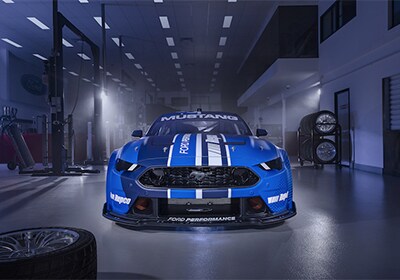 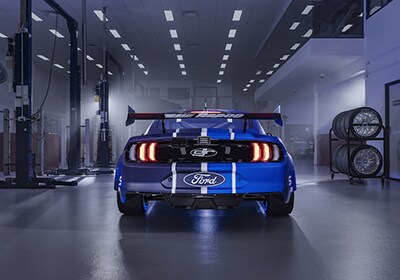